Frame.io is becoming a great way to move around large amounts of media 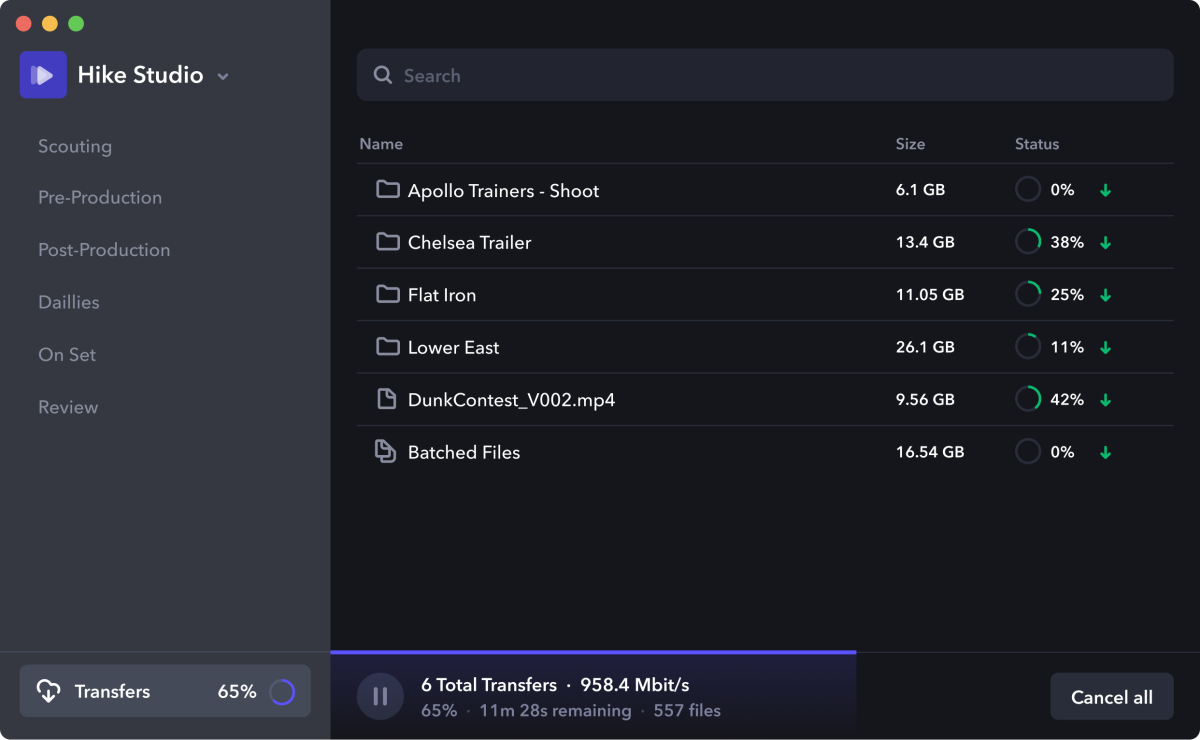 Over the past few years I've been amazed at how it's become easier and easier to move large media files over the Internet. As recently as two years ago when producing a tv show, I would Fedex drives back to our NYC office every night. Then we started using fast broadband and the right services to move the media completely on the net.

The three pieces to being able to do it are:

In the past year or two we would frequently find ourselves with fast broadband on both sides, but no easy way to actually move terabytes of data. Traditional methods of sharing files, like Dropbox or Google Drive, are simply way too slow. They are fine for sending final deliverables to a client, but if you acquired say 1TB of data in a day, you are better overnighting drives to your post facility. Certain services have come along that use UDP (fast, but error prone), instead of TCP/IP (how most stuff moves around the Internet) to move things in a way that will maximize your fast broadband. Here were the existing ones that I've used or have been recommended:

And now the most exciting addition to the space is Frame.io. Traditionally a service for screening and noting videos, they've added many more features including very fast uploads and downloads. They realize that this is a service people need, and they keep making it better and better. With Frame.io you pay for the space you use, not for uploading and downloading. You can upload directly from an iPhone, which is very important in our current environment, and perhaps the most impressive aspect is automatic, seemingly on-the-fly, proxy generation. That means if I have an editor who doesn't have an amazing broadband connection, they should be able to download everything needed to do a quality offline edit, without us ever needing to make proxies. Their Premiere plugin and Transfer app are really what makes it possible. Finally, their commitment to remote workflows throughout the pandemic has been impressive. They have become a tool that we use more and more, and I think a lot of other producers are going to start using these tools. I can't overstate how impressive and accessible it is.

Matt is a director and producer specializing in comedy and visual effects driven work. As director, Matt has won two Shorty Awards with Edelman for his work on PLAYTEX XTRA. He has worked with talent including Tracy Morgan, Seth Green, Felicia Day, Samantha Bee, Phoebe Robinson and D’Arcy Carden for clients such as YouTube and GEICO. Matt also serves as co-executive producer on PAID OFF WITH MICHAEL TORPEY

We Make Stories That Move People